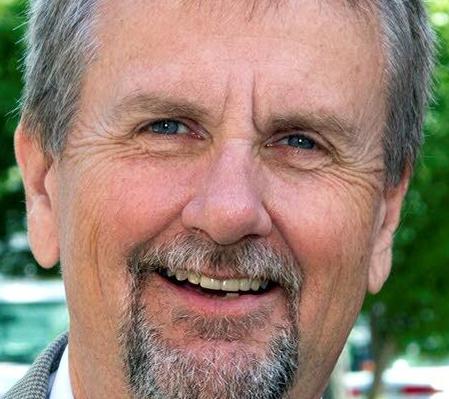 BOISE — Legislation that would legalize medical marijuana in Idaho was introduced by the House Health and Welfare Committee Monday morning, on a near-unanimous vote.

The move followed a lengthy presentation by Sgt. Jeremy Kitzhaber, a U.S. Air Force veteran with terminal cancer, who wrote the bill.

The 53-page bill is co-sponsored by Rep. Mike Kingsley, R-Lewiston, and House Minority Leader Ilana Rubel, D-Boise. It regulates marijuana like other Schedule 2 controlled substances, meaning it could only be prescribed by licensed physicians.

The drug would also be subject to a number of restrictions, including being available only to Idaho residents who are 21 or older, who have certain qualifying medical conditions.

In addition, medical marijuana could only be dispensed by a limited number of state-licensed pharmacies, in limited quantities, and no growing or processing of marijuana in Idaho would be allowed.

“With cannabis being illegal in Idaho, some Idahoans take health care into their own hands and seek outside the state for self-medication,” Kitzhaber said. “Allowing that to continue puts them at risk. We need to give them the option to have medical cannabis as a treatment, but put the dosage in the care of their physicians. Following the recommended dosage ensures that patients get the proper amount of medical cannabis, without having to break the law.”

Kitzhaber said he was exposed to hazardous and carcinogenic materials during his 22-year Air Force career. He’s gone through multiple surgeries and dozens of rounds of chemotherapy and radiation treatment since he was diagnosed. He takes nearly a dozen different prescription drugs to deal with the pain and side effects, including three different opioid medications.

“I was told by my oncology team it might be beneficial for me to go onto medical cannabis, to get off these opioids,” he said.

That currently isn’t an option in Idaho. He could break the law by buying marijuana in a neighboring state and bringing it back to Idaho, but he’s unwilling to do that at this point.

“I want to do this the right way,” Kitzhaber said. “My bill is a compassionate effort for those who need it. (It’s) designed for medical benefit, and reduces or nearly eliminates the chance for abuse.”

Dan Zuckerman, the director of St. Luke’s Cancer Institute in Boise, also gave a presentation regarding the medical benefits of marijuana.

It’s only been in recent years that states began legalizing the drug, Zuckerman noted, so there aren’t many controlled studies available.

However, “over the last 20 years, there’s been a slow accumulation of data,” he said. “It’s impossible to deny the increasing evidence that medical marijuana is useful in certain circumstances. And for cancer patients, it’s incredibly useful.”

Oncologists are “accustomed to dealing with desperate situations,” he said, as well as with medications that involve great risk and great harm. The chemotherapy, radiation and prescription drugs used to treat cancer cause a variety of side effects, including pain, nausea, fatigue, loss of appetite and immune system suppression. Opioids and other legal medications prescribed to deal with those issues also bring their own detrimental, sometimes life-threatening problems.

Medical marijuana isn’t a wonder drug that cures all of these issues or eliminates pain entirely, Zuckerman said. But for many patients it can provide comfort and relief.

“The most recent (polls) show that, for oncologists nationwide, three-quarters support the availability of medical marijuana for their patients,” he said.

The committee introduced the legislation on a voice vote, with only one lawmaker voting no. Nevertheless, Kingsley said he expected substantial opposition when the bill comes back for a public hearing.

Specific provisions in the legislation include:

Medical marijuana would only be available to Idaho residents who are 21 or older, and who have a qualifying medical condition such as cancer, AIDS, Alzheimer’s, autism, Crohn’s disease, chronic pain, epilepsy or debilitating seizures, multiple sclerosis or a terminal illness;

All patients would have to apply for a medical cannabis card from the Idaho Department of Health and Welfare. The card would be valid for a maximum of one year, but could be renewed;

If a cardholder sold or gave marijuana to a noncardholder, it would be a criminal offense and, upon conviction, their card would be permanently revoked;

Medical marijuana could only be prescribed by physicians who are already licensed to prescribe Schedule 2 controlled substances, and could only be dispensed by state-licensed pharmacies;

A maximum of 28 medical cannabis pharmacies would be allowed in Idaho, including up to three in each of the state’s seven public health districts;

A maximum of two grams of THC — the psychoactive ingredient in marijuana — could be dispensed to any patient in a month, either in liquid or solid form. However, up to 10 grams would be permitted for those with cancer or a terminal illness;

Up to 30 grams of unprocessed marijuana flower containing up to 22 percent THC could be dispensed per patient per month, but smoking marijuana in public or in view of the public would be prohibited;

No growing or processing of marijuana in Idaho would be allowed;

Operating a vehicle or stationary heavy equipment while under the influence of marijuana would continue to be illegal;

Nothing in the bill requires health insurers or employers to pay for medical cannabis, nor would employers have to allow the use of the drug in their workplace;

Employers, landlords and schools or higher education institutions couldn’t refuse to hire, enroll or lease to someone who had a medical marijuana card, unless doing so would be a violation of federal law;

Medical cannabis sales would be subject to the 6 percent state sales tax, as well as a separate 2 percent excise tax. Based on the experience of states that legalized medical marijuana, the sponsors estimate Kitzhaber’s bill could generate as much as $33 million per year in sales tax revenue, plus up to $11 million in excise tax revenue. It’s anticipated that will more than pay for the enforcement, pharmacy licensing and pharmacy inspection provisions of the legislation.