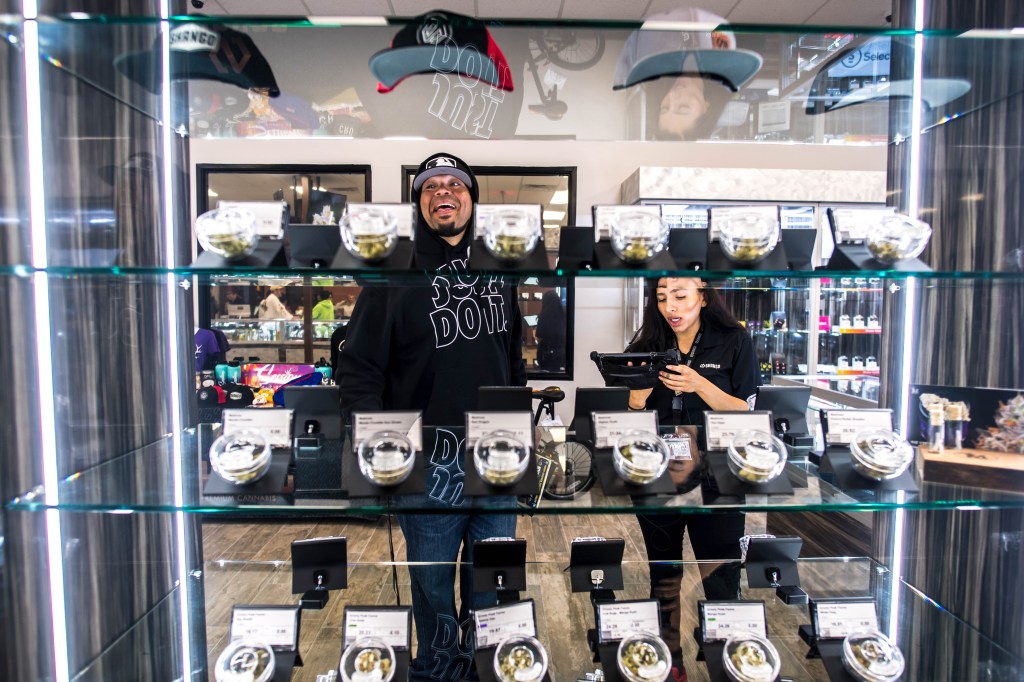 Making predictions about California’s marijuana industry was a challenge even before a global pandemic changed everything.

It’s not just that the legal cannabis market, which launched three years ago in California, is so new. It’s also the singularity of an industry in which licensed, legal operators still compete against a much larger illicit market, even as the industry’s core consumer product — which is medicine for some people — remains illegal at the federal level.

Some of the trends that were expected to shake up California’s marijuana industry at the start of 2020 were overshadowed or fully sidelined by the coronavirus. Still, California’s marijuana businesses fared better than some other sectors thanks to their “essential” designation, which allowed retailers and others in the supply chain to stay open and generate revenue during lockdowns.

Will that growth continue in 2021? Experts point to four changes that figure to affect the state’s cannabis industry in the coming year.

State regulators who oversee California’s cannabis industry are gearing up for major changes in the year to come.

In January 2020, Gov. Gavin Newsom’s draft budget called for collapsing the three state departments that currently oversee the marijuana industry – the Bureau of Cannabis Control for retailers, distributors and testing labs; the Department of Food and Agriculture for cultivators; and the Department of Public Health for product manufacturers – into one new Department of Cannabis Control. The idea was to streamline oversight and to give businesses, which often deal with multiple parts of the supply chain, one point of contact.

That consolidation was originally supposed to happen by July 2021. But Newsom announced in May that plans would be delayed due to the pandemic, with the new Department of Cannabis Control now more likely to come online in late 2021 or even early 2022.

Gov. Jerry Brown appointed Ajax in February 2016 to oversee California’s regulated cannabis industry, giving her the difficult task of overseeing creation of complex industry regulations and launching the legal market. While industry insiders have some complaints about how that all panned out, the consensus is that Ajax’s departure is a major loss.

“Lori was a compassionate, understanding, listening person,” said Jerred Kiloh, executive director of the Los Angeles-based United Cannabis Business Alliance. “And that is all the cannabis industry has really needed, for someone to just listen to our hardships and not assume we’re all stashing money in our mattresses, which had been the perception for so long.”

With Ajax off to serve as executive director of the California Craft Brewers Association, Tamara Colson, who’s been the BCC’s assistant chief counsel since 2016, was appointed acting bureau chief. Newsom is expected to appoint a full time replacement in 2021, with his senior cannabis advisor Nicole Elliot considered a likely candidate.

Just as Napa Valley is internationally famous for wine, Humboldt is famous for cannabis. And when voters approved Proposition 64 in 2016, it included a provision for an appellations program (meaning cannabis could be marketed with a city or county or a regional name) modeled on the wine industry. That will give cannabis growers legally protected rights to promote marijuana grown in specific parts of the state with distinct microclimates, soil composition and elevations that impact the final product.

The state Department of Food and Agriculture has been developing regulations for the appellations program for several years, with a requirement to start by Jan. 1, 2021.

That will let consumers know where their products came from and will give brands a story to tell, which Kiloh said can help when appealing to tourists and with interstate sales if federal law is relaxed down the road.

Thanks to legislation signed by Newsom in September, the program will include one controversial policy: Only cannabis grown in the ground, using soil from the region with no artificial light or structures, can qualify for using that region’s name in its marketing.

That’s good news for small growers in Northern California. They helped build the industry but for years have seen their products undervalued when compared with indoor cannabis that can be grown year-round under more precise conditions, according to Josh Drayton, spokesman for the California Cannabis Industry Alliance.

“Hopefully, this can be a pathway for sun-grown farmers to find more success within this marketplace,” he said.

But Dana Cisneros, a cannabis industry attorney in Anaheim, said growers in Southern California are angry. That’s because no cities in Los Angeles, Orange or Riverside counties allow outdoor cannabis farms, which means no local growers will qualify for the appellations program.

Cannabis industry advocates hope that in 2021 lawmakers will revive some of the legislative proposals that in 2020 were stymied by the pandemic.

That includes a push to lower the tax rates on cannabis products. The current tax bill for legal cannabis makes it hard for legal operators to compete in a market rife with illicit, un-taxed cannabis. Another bill, to regulate the compound CBD when it’s derived from marijuana’s mellow cousin hemp, also is a priority. A third bill would regulate use of medical cannabis for pets.

The California Cannabis Industry Alliance is advocating a slew of other changes — approval of drive-through cannabis sales; a single platform for all cannabis license applications; allowing trade samples between businesses; boosting the amount of cannabis that a delivery service can carry.

Advocates also are hoping for changes in federal cannabis laws in ’21, though it’s possible they’ll know more on that front early next month.

Cannabis remains classified under federal law as a Schedule 1 narcotic, on par with heroin. That has implications even for businesses and consumers in states where cannabis is legal. For example, California cannabis businesses can’t access banking services, and individuals still risk losing their jobs or face child custody issues if they use cannabis to treat medical conditions.

In December, the House approved the MORE Act, which would decriminalize cannabis. But the bill isn’t expected to pass the GOP-controlled Senate unless Democrats flip two seats in Georgia that are headed to a runoff Jan. 5.

Meanwhile, some cities, counties and states that approved legal cannabis programs in 2020 will see businesses open up in 2021. And more jurisdictions are expected to welcome the industry in the year to come, particularly as governments look for ways to offset tax revenue lost during the pandemic.

Industry will shake out

Some businesses that grew too big too fast hit the rails in late 2019, triggering layoffs and some bankruptcies. The pandemic actually helped to stabilize many companies, since industry revenue grew in 2020. But Kovac said more corrections will be needed, and more growth appears possible in 2021.

Capital and stock liquidity for the industry has improved since Joe Biden’s election, Kovac said. And with interest rates low, money remains cheap. Those factors, combined with the prospect of changes in federal law and the pending arrival of coronavirus vaccines, means capital could flow quickly to the state’s cannabis industry.

That sets up perfect conditions for multi-state cannabis firms — which Kovac said started showing serious interest in entering California for the first time in the past six months — to buy up smaller operators that have been struggling to survive. It also paves the way for midsize operators to grow via merger in 2021.