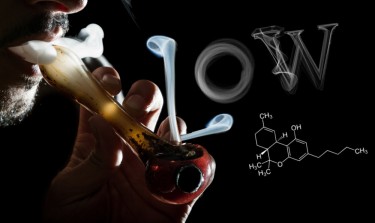 For so many decades, cannabis growers spent their time and effort growing cannabis strains with as high a THC content as possible.

After all, THC, or tetrahydrocannabinol, was viewed as the most important part of the plant. It’s responsible for getting you high, and, well, what’s weed if you can’t get high? So that’s what farmers did, to supply cannabis businesses with a variety of strains that were high in THC. It did take a lot of effort since high THC cannabis doesn’t naturally occur in nature.

There’s no doubt that cannabis potency has increased over the last few years. Though it gets people worried, we have to keep in mind that there is also a recreational market out there – people who have already developed a high tolerance to THC so they continuously need higher THC strains over time to keep feeling anything at all.

But eventually, industry experts and consumers alike have realized that there’s a limit to the benefits of extremely high THC. How do you enjoy THC that knocks you out completely, and you just tend to forget too many things.

Cannabis is biphasic, which means that its effects can go in one of two ways. Just like alcohol: when you drink a glass or two of wine, it sedates you and makes you feel relaxed, even sociable. But if you have too much, you can get aggressive, emotional, or sick.

This is the biphasic effect in a nutshell, and it works exactly the same way as cannabis. If you take a low to moderate dose, it will result in desirable effects but an extremely high dose will give you the opposite. However, the extreme effects of cannabis when you take too much or too little are much milder than alcohol, but it can still have its own consequences. For example, when some people consume past their threshold of THC, it results in anxiety and not relaxation. Even more can induce a panic attack in some people.

That doesn’t sound therapeutic at all, doesn’t it?

A recent survey posted in LeafBuyer revealed that cannabis consumer trends are leaning towards low-dose cannabis products, as well as ratio products. It basically states that people want to be able to function and be productive while on cannabis, without getting too high. Specifically, they found that 43% of people who consume edibles want low doses of cannabis that contain under 10mg THC on each serving, while 54% of them want high-CBD products. Another 58% of them said that they want edibles that have high CBD content and low THC.

Another study from this year conducted by researchers from Arizona State University. They said that they prefer herbal cannabis flower as opposed to concentrates (which are notorious for their strength and high THC levels) because concentrates were more likely to give them unwanted effected such as hangovers, memory disruption, and paranoia. The respondents also said that cannabis was more effective in pain relief, and offered more value for money compared to concentrates.

“Findings showing that marijuana produces greater positive effects than concentrates are consistent with cannabis administration studies documenting that moderate THC doses are preferred to high doses… The present study suggests that, contrary to concerns, ultra-high THC cannabis, such as concentrates, might not produce greater positive, reinforcing effects relative to lower-THC cannabis, such as marijuana (flower.)”

“The conclusion that most marijuana consumers prefer low-to-moderate potency options over high potency options is hardly surprising. Just as the majority of those who consume alcohol prefer relatively low potency beer or wine over hard liquor, most adult-use cannabis consumers gravitate toward herbal cannabis preparations and away from the comparatively stronger alternatives,” said Paul Armetano, NORML Deputy Director about the study’s findings.

Consumers clearly know what they want, and that’s low to moderate doses of cannabis. They know that its effects are far more beneficial than just getting stoned off your mind. Another study shows that low-THC cannabis can also help reduce the dependency on pharmaceutical drugs, which further benefits society by reducing public health costs. “Local availability of light cannabis [low-THC, CBD-based products] led to a significant decrease in the number of dispensed boxes of anxiolytics by approximately 11.5 percent, a reduction of dispensed sedatives by 10 percent, and a reduction of dispensed anti-psychotics by 4.8 percent,” said the researchers.

So Why Try Low THC Cannabis?

Don’t knock it till you’ve tried it – at least if you want cannabis that won’t knock you out, and you actually want to stay functional and productive.

Taking low to moderate doses, starting with around 2mg of THC working your way up to 10mg THC, is surprisingly beneficial. You no longer have to worry about anxiety, paranoia, sleepiness, and a couchlock; instead, it can offer a profound sense of relief and healing. You don’t have to suffer from a serious medical condition in order to reap the benefits of microdosing.

Additionally, studies have found that smaller doses of THC allow you to benefit from the CBD and cannabinoid profile even more. “One of the interesting things about the plant is that it has only so much energy that can go into producing cannabinoids,” explains Dr. James Lathrop, who founded Cannabis City. “That basically tops out at about 20 to 25 percent. After that, it can’t really make any more cannabinoids. What we’ve done with street strains, just by economics, is we’ve washed out all of these other cannabinoids,” he tells The Stranger.

“If you push that THC to that 20 percent and beyond, you’ve lost all the other cannabinoids,” he says, and this includes CBD. “When you’re like, ‘That’s only got 12 percent THC’, it’s probably got other cannabinoids in there that haven’t been washed out. They’re not tested for, they’re not on the label, but that’s what you’re paying for. You’re paying for this whole product, not just the THC.”

So there you have it: seriously amazing physical and emotional wellness await you when you try low THC cannabis.

MORE ON FLORAL HEMP OR LOW THC CANNABIS, READ THESE…