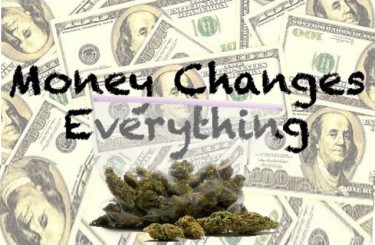 Frequently, I hear advocates and opponents talk about cannabis revenue as one of the main motivators behind legalization. Of course – during a Covid Economy, the idea of generating a new revenue stream via legalization is an enticing one – we must not lose sight of the true purpose of legalization.

It’s easy to get lost in the narratives being pushed by all sides. From the legalization camp, the narrative is that “weed is not bad”, “It’s harmless”, etc. While for the most folk who consume cannabis this may be true, it certainly isn’t true for everybody.

This is one thing we humans are guilty of – hasty generalizations. It’s easy to say “Weed is or isn’t bad” depending on your personal views of the plant, but the truth is always far more nuanced than the dichotomy of “good vs evil”.

Furthermore, the idea of legalization extends far beyond the concept of “a plant” or a “drug” but waltzes into the realm of “ownership” and “sovereignty”. The topic of any drug consumption relates directly to ‘who has the ultimate authority over your body?’

Most people would agree that the individual should always have the last say when it comes to their own health and bodies. After all, society deems “non-consensual-action” as something that should be exposed and eradicated at every opportune moment.

In other words, if someone forces someone else to do something against their will – it’s considered bad.

Yet, for some reason – this doesn’t include the government. The government can use force to deprive one of one’s liberty for not complying to a policy that violates the core essence of the US Constitution.

Hell – even Mexico has recognized that cannabis consumption is a fundamental ‘human right’ since it goes beyond the simply notion of a narcotic. It’s a plant with deep cultural and medical roots, and that has been in service of human-kind since the dawn of modern history.

Prohibition a Weapon of Class

I frequently hear about “creating an equally-represented cannabis industry” from proponents who tend to be more left-leaning in their political ideologies. For those who know me – I’m an anarchist through and through in the sense that “I have no master”.

Irrespective of my personal beliefs – the idea of “equal representation” usually is packaged by “forceful coercion of the marketplace to limit certain people of a particular class to participate within the industry due to their perceived “privilege”.” I’m talking about “The whites” of course.

And it’s true, white people predominantly make up the owners of cannabis-related companies. But could that also not be due to the fact that the vast majority of the population in the US is white? If we were to have accurate representation based on statistics it should reflect the proportion of ethnicities in the US.

This is more or less the spread of the US population currently according to latest Census Data. So would equal representation within the cannabis industry reflect this? Probably not.

That’s because White people have been less affected by the drug war and due to the prohibitionary stance of cannabis – allowing other ethnicities to participate on the same level as Caucasians is impossible.

The solution suggested by some is to “force certain minority groups to have access to the industry by limiting others from participating” [essentially Affirmative Action].

The problem with this is that it still doesn’t solve the problem. In fact, it makes cannabis more inaccessible due to all the regulatory powers required to sustain such an “inclusive marketplace” when in reality, simply lowering the price-barrier and regulatory barrier would allow minority groups greater access.

But of course – the perpetual woke will never understand that you can’t “regulate inclusion”. You can only motivate by the promise of opportunity.

I’ve been covering cannabis related content for over a decade now and I have only seen a handful of politicians support cannabis out of principle. Most look at it for the money or the political clout they receive by switching their position [flip-flopping] to a more favorable one.

If money is at the center of a cannabis legalization campaign you can almost rest assured that the “will of the people” is taking a back seat and that those with money will always get the first picks, unless you lower the entry point significantly.

I say $1,000 a year license for a “Craft Cannabis License” which would allow the license-holder to grow and sell up to $1 Million per year in revenue before having to upgrade to a more robust licensing scheme.