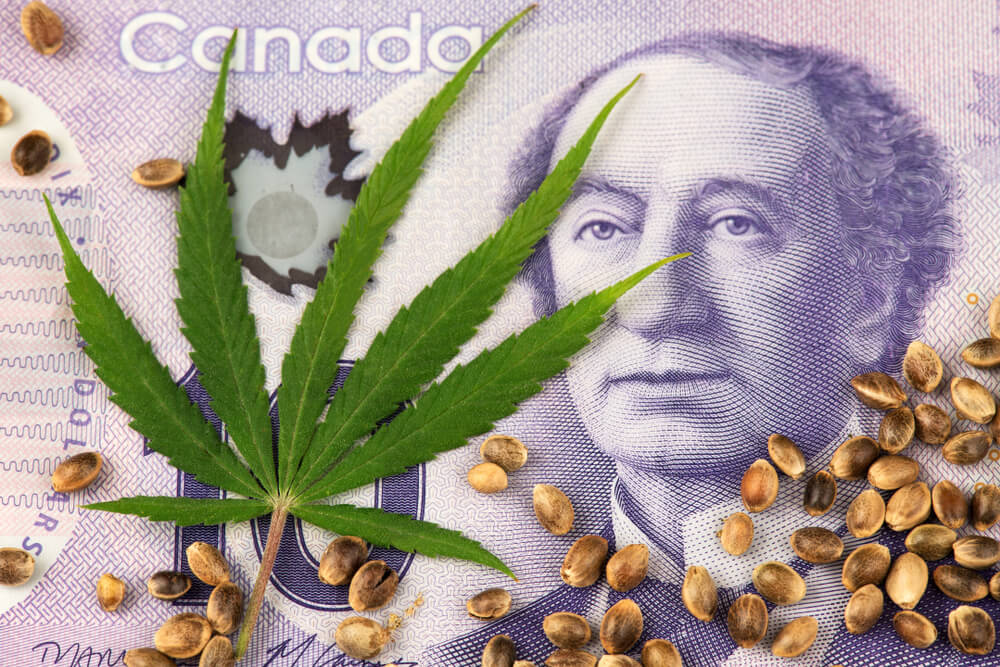 The booming market around CBD has been going strong in Canada since even before the nation legalized cannabis in October 2018. It’s not that surprising as to why – CBD comes with a lot of potential benefits and completely rules out the “high” experience that most cannabis products are known for.

Even though the popularity surrounding CBD oil-infused products doesn’t come as a shock, there are some things that do. Here are 5 things that you’d never guess to be true about CBD oil and the Canadian market surrounding it.

CBD has been around for way longer than you think…

Considering the fact that the Canadian CBD oil hype started only a few years back, many people assume that this compound hasn’t been around for that long. But as it turns out, CBD was discovered way back when in 1940.

Actually, the CBD in cannabis plants has been consumed for its medical benefits for thousands of years. However, it wasn’t until 1940 that it was officially isolated and identified by a chemist named Roger Adams. About 20-some years later, the chemical structure of CBD was officially defined by another scientist named Raphael Mechoulam.

So why the all-of-a-sudden interest in CBD? Well, it has a lot to do with the legality of it. Just like Canada, many governments are following suit and passing legislation to legalize CBD as well as other forms of cannabis.

The CBD market has yet to see its peak…

Although there’s been a massive boom in the CBD market, there’s still a long way to go before it reaches its peak. Some people say that there won’t even be a peak and that the market will just steadily continue to rise. According cbdoilguide.ca, full spectrum CBD oil continues to dominate other products in the Canadian market and web traffic is growing steadily.

This may or may not be true, but one thing is definitely true; we ain’t seen nothin’ yet. There have been some obvious ups and downs because of recent world events, but the market is expected to eventually pick up where it left off and take off once again.

One report from BDS Analytics says that “as applications for cannabidiol are brought to market across diverse industries such as cosmetics, health products, food and beverage, pet products, skin care, and pharmaceuticals, the collective market for CBD sales is expected to exceed $20 billion by 2024…”

CBD oil is making a name for itself, even in the farthest reaches of the world, and eventually, Canada is expected to be the center of it all and dominate the market. There are several reasons for this, like the nation’s recent changes to cannabis legalization. But the main one is that Canada is one of the world’s major producers of hemp.

When you take a look at the numbers, you’ll see that Canada is trailing just behind China for hemp production, and the USA isn’t far behind. Health Canada, the federal agency in charge of issuing cannabis and hemp production licenses, reported a huge leap in industrial hemp licenses between 2016 and 2017.

Hemp production increased by about 80% in just one year, going from 75K to 140K acres of hemp cultivation fields. A lot of this hemp is being used for CBD oil production, especially thanks to the fact that Canada has opened up the laws for farmers to sell flowers and leaves for CBD extraction.

This is actually the case everywhere around the world and not just in Canada. A lot of research is pointing to the fact that CBD affects men and women differently. That in itself is really not all that surprising since men and women have a lot of anatomical differences. The surprising thing is that women are experiencing more positive benefits than men on average.

It all has to do with hormones. While women are more dominant in estrogen, men have a lot of testosterone coursing through their bodies. Estrogen ups and downs in women (which are common thanks to menstruation) help to breakdown cannabinoids and increase the body’s ability to absorb and process them.

This basically means that the female sex is able to build up a healthy tolerance to cannabinoids like THC and CBD. Although men can (and typically do) still experience the benefits of CBD consumption, the results tend to be more positive for women.

CBD oil for pets has been somewhat of a controversial topic among Candian pet owners, but more and more pet owners are jumping on board. It’s becoming somewhat of a norm to administer CBD to dogs and cats for a variety of animal health conditions.

The main concern surrounding this is that pets won’t react the same as humans do to CBD oil, but as it turns out, we actually have a lot more in common with our furry friends than you’d think. All mammals, birds, reptiles, and fish (this includes humans, cats, and dogs) have something called an endocannabinoid system that is affected by cannabinoids like CBD.

Even Forbes says that CBD for dogs has a lot of potential benefits, and “veterinarians with experience using CBD in dogs reported seeing positive results using the drug for canine osteoarthritis.” Not only can it be used for pain relating to osteoarthritis, but also anxiety, stress, and nausea.

What To Expect from CBD In the Coming Years

CBD is at the forefront of Canadian (and worldwide) health and wellness trends, and companies are starting to view CBD oil as the next big global growth opportunity. Many companies still hesitate to get in the CBD-game, but this is mostly because of the misconceptions between THC and CBD.

There have been a lot of questions about CBD’s future in Canada, and some people feel that the market grew too quickly to sustain itself. Most people agree that it’s just the opposite, and although it’s impossible to know for sure, it’s likely that CBD has a very bright future in Canada.